The Visit from the Spirit of Christmas Past

Sorry I've been away for a couple of weeks. Out-of-state visitors, holiday events, and numerous choir rehearsals have kept me more than busy. Here is a new Spirit Spot blog I just wrote for spiritandsong.com. 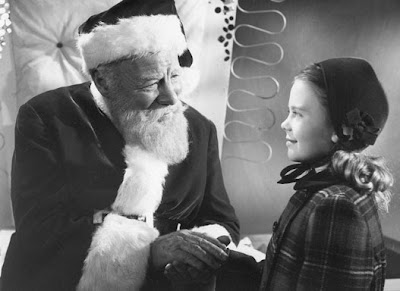 I try to avoid the secular trappings of Christmas. During December I prefer to focus on Advent, praying the poetry of Isaiah and Zephaniah, marveling at the message of John the Baptist, and singing the gorgeous Advent music. But “secular Xmas,” as I like to call it, is so overwhelmingly pervasive, hitting us like a sledgehammer on TV commercials, in newspaper ads, and at the shopping mall. I avoid getting a Christmas tree until December 24, and then I leave the decorations up until the Baptism of the Lord in January. Despite my best Advent intentions, I still have Christmas parties to attend, gift shopping to do, and Christmas music to rehearse with my choirs.

My friends think I’m weird and don’t understand my Christmas hesitancy. “Bah, humbug” is indeed a tempting response. It’s easy to be cynical.

So there I was, alone in my seasonal tug-of-war at the local grocery store, which just happened to be hosting a “Breakfast with Santa” event that morning for children. I balked. No way was I going to walk in on yet another “secular Xmas” happening. But I really needed eggs and bread so into the store I went. I was immediately charmed. . . 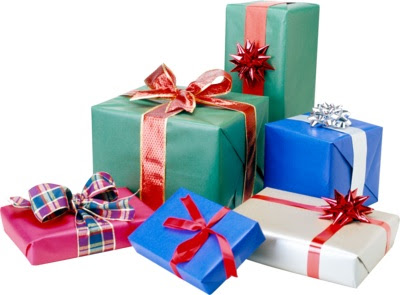 So let me get this straight. During the month of December we rush around in frenzied shopping sprees at crowded malls to buy gifts for our loved ones with money that we don’t have. Meanwhile, our loved ones are doing the same. Then, on Christmas morning, we give these carefully selected treasures to these loved ones who, in turn, gift us with their treasures. As presents are opened we get to practice our well-honed acting chops:

“How did you know?” (Translation: I didn’t know I wanted this either.)

“Just what I always wanted!” (Translation: NOT!)

Kisses and hugs are exchanged as holiday cheer ensues. Several hours later, we are home alone with our newly acquired pile of gifts, trying to figure out what the heck we will do with all this stuff. More than likely, our loved ones are thinking the exact same thing as they stare at their presents. Then, in January, the credit card bills arrive. Pass the aspirin, if you can afford it.

There's so much stuff from Christmas that gets accumulated and crammed into closets, so much money spent, so much debt incurred, and so many feelings hurt or disappointed. In response, there is great temptation to become like Scrooge and just say, “Bah! Humbug!”

Okay, maybe I’m being a tad cynical, and I apologize. Certainly, the idea behind our seasonal gift exchange is beautiful, but the commercialism that surrounds it leaves at least this blogger with a bad taste of rancid eggnog in his mouth. Is there a better way?

I think it helps to remember that Christmas is Jesus' birthday. What present am I giving to Jesus on this day? Isn't that what the whole gift exchange idea is about? Is there some way I can honor Jesus, express my love for my family and friends, cut down on consumerism, and help those less fortunate who are so close to Jesus' heart? All at the same time? The answer is a huge resounding "Yes!"

Several years ago, a friend introduced me to the concept of "alternative giving." The concept is simple. Instead of stressing out at the mall or spending oodles of money on postage trying to beat the mailing deadline for your present, you simply give a monetary donation to a worthy cause in the name of the person you are gifting. Give your loved one a card expressing that a donation was made in his/her honor. The organization to which you are donating often has gift cards ready-made that you can use for this very occasion.

The friends that I have gifted in this way are often overwhelmed by the sheer simplicity of this concept. It's so easy and beautiful, and so giving. In the process, Jesus is honored by your remembering those in need.

Here are a few website links to get you started in exploring the wonderful concept of alternative giving. Do a Google search and you will find several more. And don't forget your local food bank or soup kitchen, or the Salvation Army.

UNICEF: UNICEF is the driving force that helps build a world where the rights of every child are realized. We believe that nurturing and caring for children are the cornerstones of human progress.

CARE: CARE is a leading humanitarian organization fighting global poverty. We place special focus on working alongside poor women because, equipped with the proper resources, women have the power to help whole families and entire communities escape poverty.

Heifer International: Exciting concept! Choose a meaningful gift to give a loved one and help children and families around the world receive training and animal gifts that help them become self-reliant.

Food for the Poor: Food For The Poor is the number one international relief and development charity in the United States, feeding 2 million poor everyday.

So Merry Christmas! And God bless us, everyone! 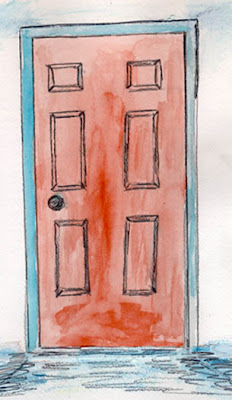 Note: I have used this old story for years in various ministerial settings. I last posted it in my old artist blog page on www.spiritandsong.com.


Advent! What are we waiting for? For whom do we wait?

There once was a man named Charles who received a very special telephone call.

“Hello, my son,” said a warm and compelling voice on the other side.

“Who is this?” Charles asked.

And, as he had done long ago with the Samaritan woman, Jesus proceeded to tell the man everything he had ever done. Convinced, Charles was beside himself in awe.

“My Lord! To what do I owe the honor of this phone call?”

“You want to visit me? Really?” Charles became very excited. “How about tonight for dinner?”

“I cannot tell you the exact hour,” said Jesus, “but yes, tonight for dinner would be fine.”

“Great! Do you need directions?” Charles immediately felt foolish. “Oh, sorry, Lord. I’m sure you already know where I live. See you tonight.”

And with that, Charles hung up the phone. Jesus was coming to visit him for dinner! He then looked around his modest home in horror. The place was a mess and there was nothing in the fridge. There was so much to do! It was already 1:00 in the afternoon. He barely had enough time to clean up, go shopping, and cook.

Jesus was coming! Charles gathered the newspapers and magazines that were lying all over the house and finally put them in recycling. He threw his dirty clothes in the washing machine and started vacuuming and dusting. He placed the finest linen on the table and set out his best china.

Jesus was coming! The grocery store was overcrowded and Charles was getting impatient while waiting in the checkout line. He had already decided that Jesus might enjoy a tasty lamb stew with potatoes and an assortment of vegetables. He also took care to choose the best bread and wine he could find.

Jesus was coming! Charles was ready to burst and tell everyone in the market who his guest would be for dinner, but then he thought, “No, I better not. I want Jesus all to myself.”

Jesus was coming! Nothing was too good for his Lord! The lamb stew was simmering slowly and Charles was rolling the dough for an apple pie when he heard a knock on the door. “Who could that be?” Charles thought as he looked at his watch, annoyed. When he opened the door he was aghast to find a homeless man at his doorstep, wearing tattered clothing and looking quite unkempt.

“Please sir,” said the homeless man. “I have not eaten in several days and I smelled the delicious cooking from your kitchen. May I trouble you for something to eat?”

Charles could not believe the nerve of this total stranger coming to his door and asking for food! “I’m sorry, but I’m a little busy right now. I have in important guest coming for dinner tonight. Why don’t you go over to the mission downtown? They’ll have something for you.” And before the homeless man could even respond, Charles closed the door on him. It was almost four o’clock.

Jesus was coming! Everything was cooking and baking and now Charles was ironing his best shirt when he heard another knock on the door. “Now what?” he thought as he looked at his watch, annoyed. When he opened the door he was surprised to find a little girl who must have been four or five years old. She looked like she was going to cry.

“Please, mister,” said the little girl as she clutched a tiny doll. “I’m lost. I can’t find my house or my mommy.”

Charles sighed deeply. Why was this happening to him? He wasn’t comfortable around children and he didn’t know what to do. “Look,” said Charles to the girl. “I don’t know how I can help you. Why don’t you go next door and ask them?” And the little girl walked away crying as Charles closed the door on her. I was almost five o’clock.

Jesus was coming! Everything was now in place. The table was set, the delicious food was on the table in covered warmers, the candles were lit and the wine was uncorked. It was six o’clock and Charles was ready for a wonderful dinner with his Lord. Then he heard a knock on the door. He practically ran over to greet Jesus and was shocked to find that his brother was on his doorstep! His brother with whom he had not spoken for over fifteen years!

“You!” said Charles, angrily. “I told you I never want to see you again for as long as I live!” And he slammed the door in his brother’s face!

The evening went on as Charles waited for Jesus. Six o’clock passed. Seven o’clock passed. The candles were melting down and the food was getting cold. Eight o’clock passed, as did nine o’clock. Charles couldn’t believe it. After all his trouble to get ready, Jesus had stood him up. Finally, at ten o’clock, the phone rang.

“My son,” said the warm and compelling voice on the other end.

“Oh, Jesus!” said Charles with a hurt tone. “Where have you been? I spent all day getting ready for your visit. I set out the finest meal for you. And you didn’t even have the decency to show up!”

“My son,” said Jesus. “I did visit you, three times! But you never opened the door.”